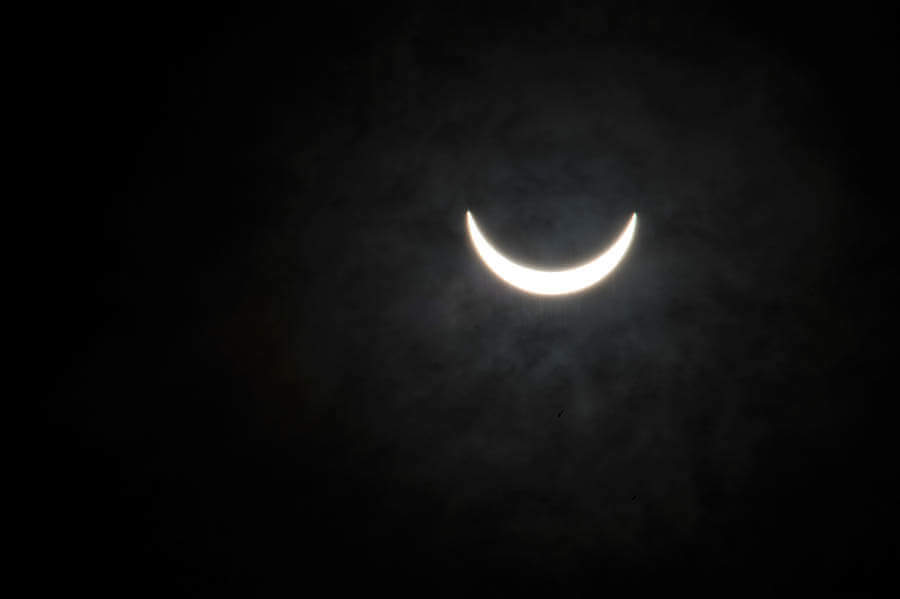 What a really exciting morning here in Trelash, experiencing the extremely rare solar eclipse of the sun when the moon almost covered the sun blocking out most of the sun’s light. It was really eerie as we stood in the increasing shadow of the moon as it travelled across the sun. Unfortunately North Cornwall is too far South for us to have seen the total eclipse. Despite this the light dimmed significantly and birds took to the trees. After a couple of minutes there was a sense of relief as the sun began to dominate again and brighten our lives as usual.

The photograph is one we managed to capture of this magical moment, even though the sky was a little cloudy.

For most of us this will have been a once in a lifetime experience, as the next total eclipse is not expected until 2090!

According to Scientists another “deep” partial eclipse which will be visible in the UK will not occur until August 12, 2026.

Other dates to note are: